Super Eagles legend Mutiu Adepoju has urged journalists to stop branding young players as ‘next Lionel Messi’ or ‘next Jay Jay Okocha’ claiming it is unnecessary.

Popularly called the ‘head master’, Mutiu who was part of the Nigerian team that first played at the FIFA World Cup says rating young footballers like legends will distract them.

According to the 50-year-old, fans and the local media will do more harm than good if they continue to brand players in name of great stars.

He told BBC Sports Africa as cited in Complete Sports:

“I believe calling young players in the youth teams as next Messi or Jay-Jay Okocha is unfair and unnecessary.

“Indulging in this comparison is setting them up for failure because the weight of expectations will definitely affect these players mentally.

“It’s the main reason some players refused to work hard and be themselves because they easily get carried away by what the press was writing about them.”

“We’ve seen in the past decade that we have talented players all over the field who can make our team tick again.”

Meanwhile, former Super Eagles star Daniel Amokachi has disclosed that the cost of maintaining a private jet is outrageous and that was why he returned the luxury. 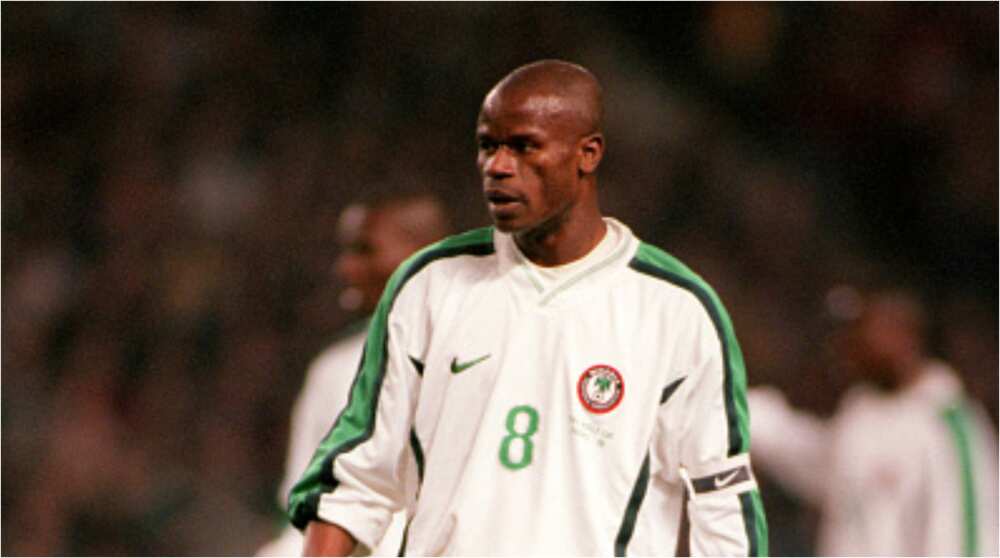 Popularly known as ‘The Bull’, Amokachi stunned football fans across Nigeria when he was rumoured to have acquired a private jet during his stint with Besiktas.

He was at the Turkish sports club between 1996 and 1999 where he scored 19 goals in 77 appearances, a period he reportedly made so much money from football having joined from Everton for £1.75million (about N900million today).

Meanwhile, Legit.ng earlier reported that the Super Eagles of Nigeria have ended year 2020 in 35th position as the world’s football governing body Fifa releases the final ranking for the year.

The three-time African giants were forced to back-to-back draws by the Leone Stars of Sierra Leone.