– After losing 3-1 to the Gunners, seven players have been identified to leave the Stamford Bridge club

Following their embarrassing 3-1 loss to Arsenal in the Premier League on Boxing Day, latest reports from England have it that Chelsea are preparing for a massive revamp of the squad.

A total of seven players will likely depart the Stamford Bridge outfit as Frank Lampard is desperate in signing Erling Haaland and Declan Rice.

Among players expected to leave the club at the end of the ongoing campaign are Victor Moses who is currently on loan to Russian club Spartak Moscow.

Antonio Rudiger is also expected to leave the London club amid interests from Spanish side Barcelona.

The Catalan giants manager Ronald Koeman is reportedly planning to make a move for the duo of Antonio Rudiger and Fabian Schar when the January transfer window opens.

Jorgino who missed his spit-kick against Manchester United could also leave the including Danny Drinkwater, Marcos Alonso, Barkley and Christensen. 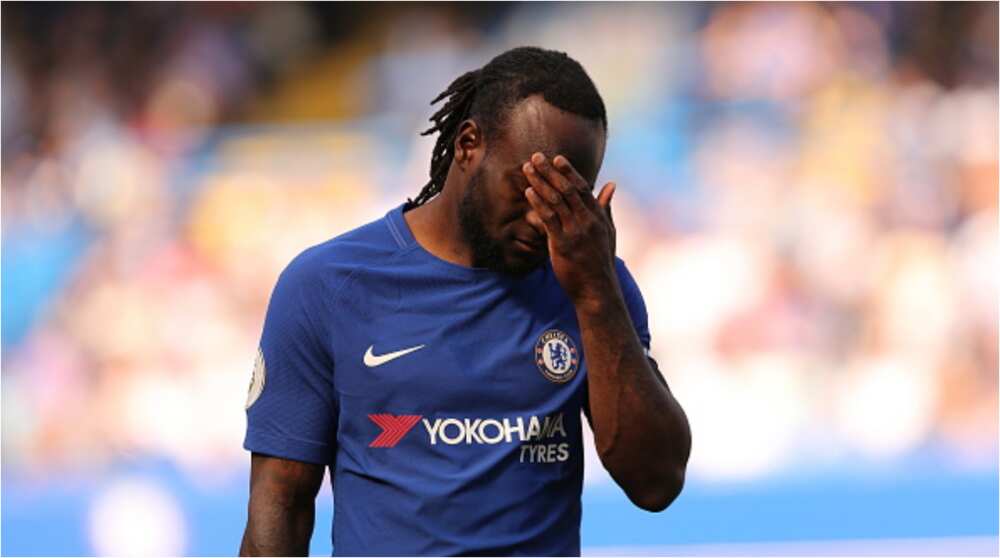 Chelsea manager Frank Lampard took a swipe on the entire Blues’ squad following their dismal performance against the Gunners.

The furious tactician stated that the team must take responsibility as he ranted that they performed so poorly to miss out on a chance to go second on the standings.

Arsenal spectacularly bounced back to winning ways following their famous victory over their bitter rivals Chelsea.

The Gunners who have failed to record a win in their last ten matches stunned Frank Lampard’s men at their home turf.

Alexander Lacazette, Granit Xhaka and Bukayo Saka scored for Arsenal while a consolation from Tammy Abraham was not enough to bring the Blues back into the game, which left the manager furious at half-time.

Meanwhile, Legit.ng earlier reported that Bukayo scored the goal of the match as Arsenal returned to winning ways following their 3-1 win over Chelsea in the London derby.

The 19-year-old chipped the ball over Edouard Mendy in goal which looked like he was attempting a cross as the ball dropped into the back of the net.

But the England international has dismissed suggestions that his wonder-goal was a mere fluke after the replay showed he spotted Alexander Lacazette in the box before making the attempt.