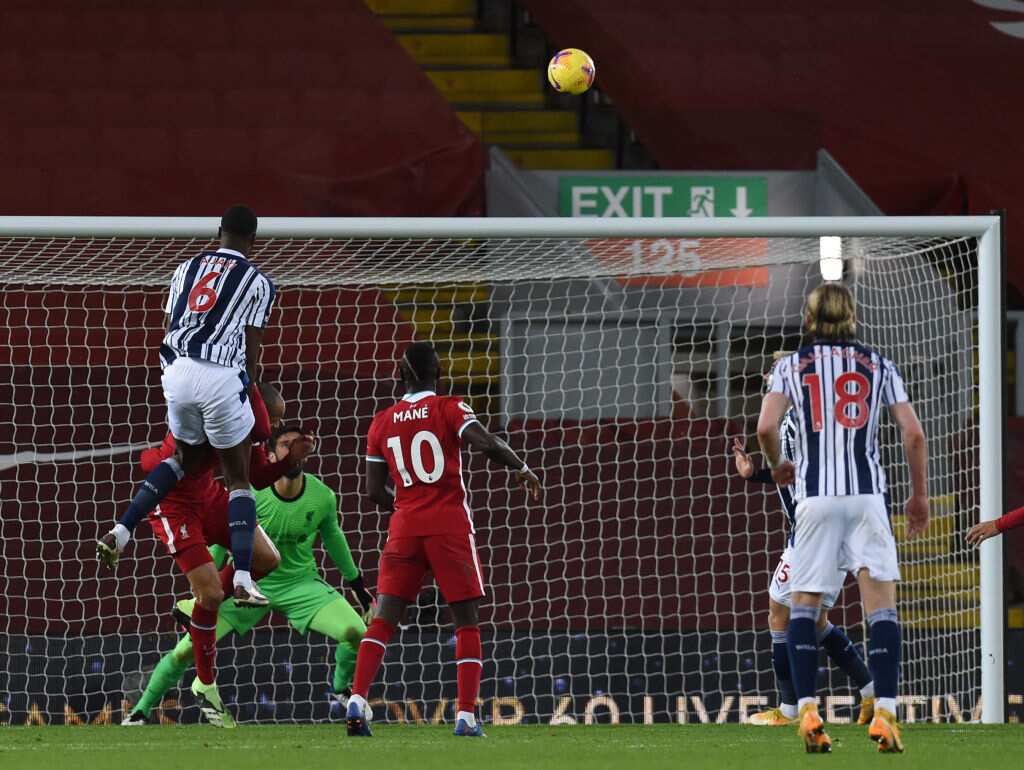 – Sadio Mane opened the scoring for the defending champions

Nigerian defender Semi Ajayi rescued a point for West Bromwich Albion in their Premier League clash against Liverpool at Anfield.

The 27-year-old jumped high up before heading into the net a cross from Matheus Pereira from the right flank in the 82nd minute.

His goal ensured the defending champions drop two crucial points with the title chase getting tougher by the day.

Jurgen Klopp’s men drew the first blood through Sadio Mane in the 12th minute after connecting with a Joel Matip’s pass from the middle.

The Senegalese took his time to chest the ball in the 18-yard box before launching a close-range effort before the quarter-hour mark.

All other efforts from the home team failed to find the target as Sam Allardyce’s men maintained some level of decency after the first 15 minutes.

Although they are still second to the last team on the log with eight points from 15 matches and they will have to step up their performances to ensure they avoided the drop at the end of the season.