– Late strike by Romain Saiss was enough to ensure Wolves share the spoils.

Jose Mourinho’s side failed to move third of the Premier League standings after they could not keep their lead to let Wolves claim a vital point on Sunday night, December 27.

Tanguy Ndombele had opened the scoring as early as the 1st minute to put his side ahead from the first set-piece of the encounter.

The ball found its way to the midfielder on the edge of the box and he fired it home to put Spurs on a bright start.

The hosts would have restored parity in the 26th minute, but Fabio Silva’s shot brushed the side-netting.

Spurs were lucky to take their lead into the break as Wolves looked more dangerous in the last 15 minutes of the first-half, but Tottenham remained strong.

The hosts came blazing in the second half and in the 46th minute, they felt they should have been awarded a penalty following Eric Dier’s challenge on Silva, but were denied. It went for a VAR check but it’s not given.

In the 66th minute, Ruben Neves was the next to go close for Wolves but his effort was deflected over. 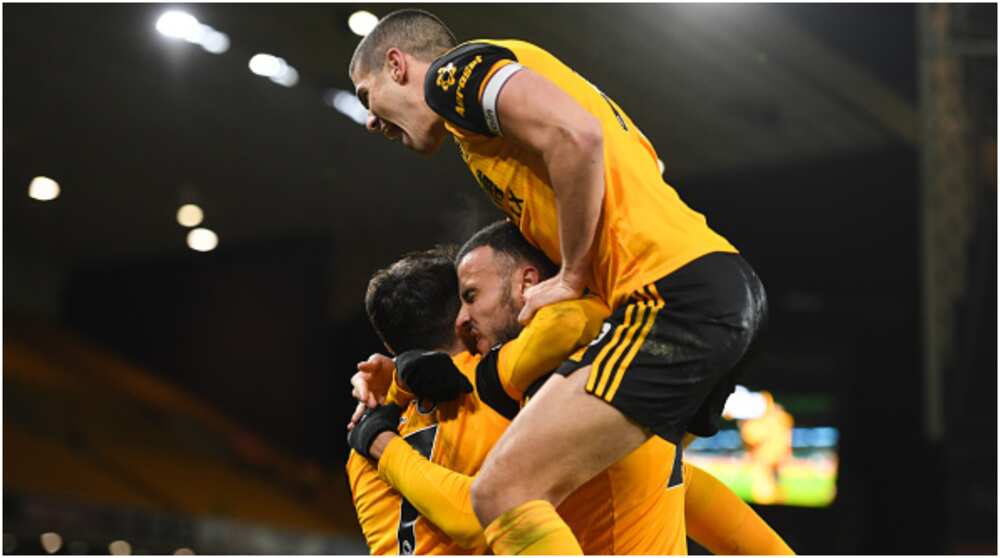 The pressure eventually paid off for the Wanderers in the 86th minute as they net a late equaliser via a Romain Saiss header to stun the visitors.

Wolves would have won it in stoppage time but Silva missed a big chance after he was expertly set up for header, but nodded straight at Hugo Lloris with time running out.

And there were no further ado as it ended; Wolves 1-1 Tottenham.

Meanwhile, Legit.ng earlier reported that Jose Mourinho might be planning another huge surprise for Tottenham Hotspur next summer.

The 57-year-old already succeeded in bringing Gareth Bale back to North London on loan from Real Madrid – with an option to sign him permanently.

According to reports in Spain, Mourinho is reportedly plotting to bring Luka Modric back to the club after about eight years with Los Blancos.