– Following the controversy that trailed the House of Reps summoning President Buhari, it appears the lower chamber may no longer be ineterested

A report by The Nation indicates that the Nigerian House of Representatives is no longer keen on inviting President Muhammadu Buhari to address the lower chamber on the rising insecurity in Nigeria.

This development is coming weeks after the controversy that greeted the invitation of the Nigerian leader by the House of Reps.

On Saturday, December 26, the news publication citing sources explained that the leadership of the lower chamber found out that the initial invitation had assumed ethnic and political dimensions. 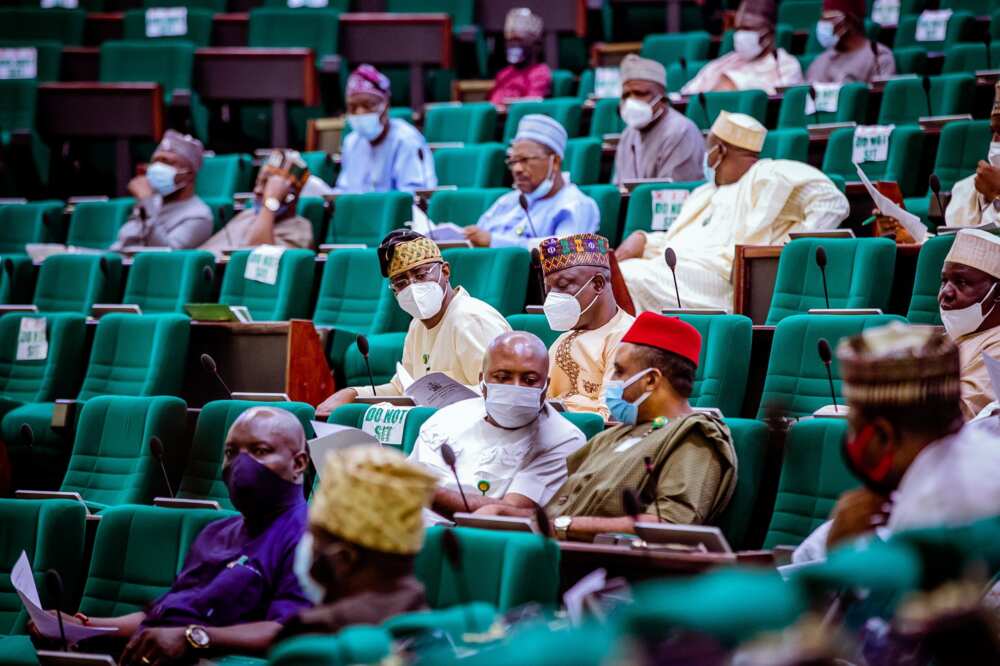 It was gathered that some of the members of the House behind the motion to invite the president, have apologised to the presidency, saying that their motion was not intended to embarrass Buhari as speculated in some quarters.

A source speaking to The Nation revealed that the House decided to drop the invitation over what it described as the body language of the presidency.

The source went on to note that apart from a disagreement between the Senate and House of Reps, the invitation assumed ethnic and political dimensions in the lower chamber.

Legit.ng recalls that the green chambers had summoned the president on Tuesday, December 1, over the killing of 43 farmers in the Zabarmari area of Borno state.

The summons was issued on Tuesday, December 1, shortly after lawmakers deliberated on a motion of urgent national importance sponsored by Honourable Satomi Ahmed.

The motion called for an investigation into the incident that has drawn widespread condemnation across the country.

Meanwhile, the House of Representatives has vowed to take disciplinary action against one of its lawmakers Kingsley Chinda for demanding the impeachment of President Buhari.

Chinda, leader of the Peoples Democratic Party (PDP) caucus, had on Monday, December 7, called for Buhari’s impeachment following the overwhelming reactions that trailed the killing of rice farmers in Zabarmari and the security situation in the north.

But speaking during a plenary on Monday, December 21, House majority leader, Ado Doguwa, distanced the PDP from Chinda’s statement.