– Cristiano Ronaldo wraps up the year with a huge recognition

Ronaldo had more votes than the two other finalists after being voted the best player of the 2000s in the United Arab Emirates.

Having missed out on the FIFA The Best player earlier this month, the Portuguese wrapped up the year 2020 on a very high. 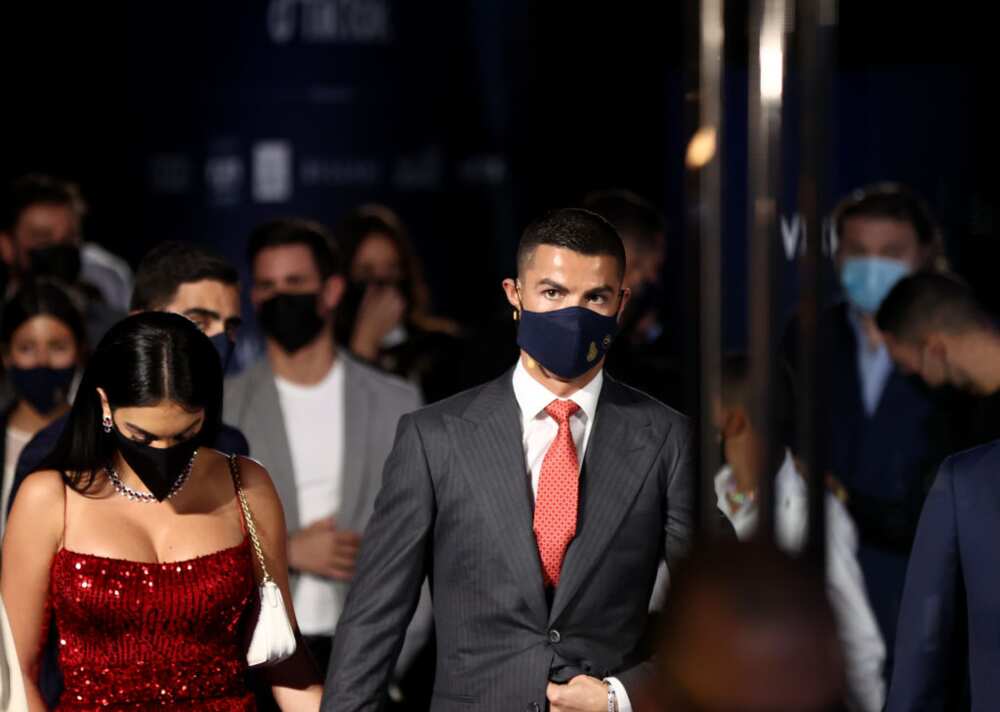 After receiving the accolade, the former Real Madrid and Manchester United goal machine revealed that the award will compel him to even work harder despite his advanced age. He said:

“Being here with great champions such as Robert Lewandoski, Gerard Pique and Iker Casillas is amazing.

“Iker is an incredible example for everyone when he had his problem, he made us understand that we need to value what we have. I am 36, but I still love football, my life and my family.

“This award is giving me motivation, it’s amazing to be part of this event, this is a big honour for me.

“I hope the pandemic will be over next season and more people will be here. Thanks for his trophy, I am really happy. I hope I can continue to play for a few years.”

Meanwhile, Bayern Munich striker Lewandowski went home with the ‘Player of the Year’ prize for 2020 – adding to the already prize he has won this year.

Bayern Munich boss Hans Flick clinched the coach of the year award to crown his effort for winning five titles in the outgoing year. He beats Gian Piero Gasperini to the silverware.

Legit.ng earlier reported that Cristiano Ronaldo has sent a Merry Christmas message to his over 248 million followers.

The Juventus attacker was dressed in matching green and red outfits alongside the forward’s last born while his first three kids donned similar red tops.

Posed in front of a well-decorated Christmas tree in a space that looks like their living room, the Juventus forward and his family wore beautiful smiles while taking pictures.