A married woman has no business with single mothers – Actress Etinosa fires back at colleague, Victoria Inyama (video)

Controversial Nollywood actress, Etinosa Idemudia, who announced her pregnancy for the first time recently, has sent out replies to people who called her out on social media.

This was after her fellow actress, Victoria Inyama, called her out on social media for having a child out of wedlock. 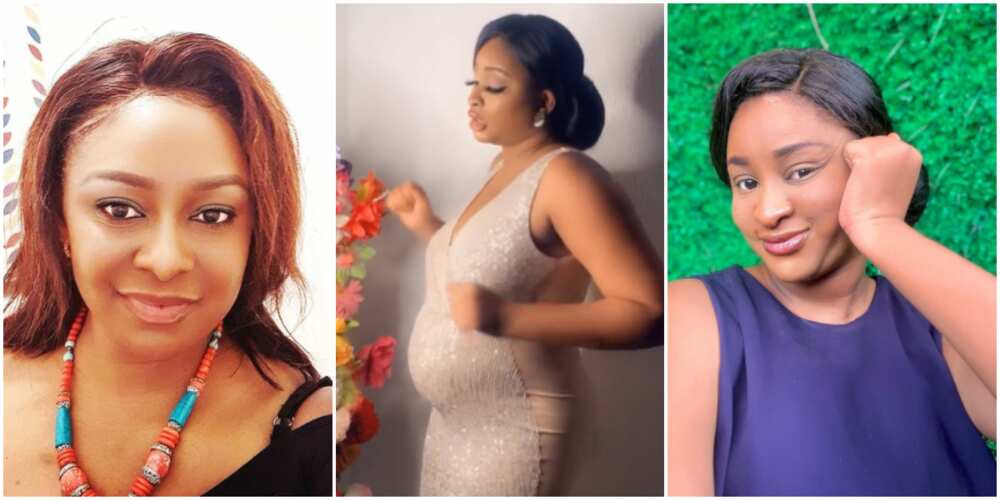 According to a post shared by Nollywoodonline, Victoria stated that she was glad to be alive and well as the new mum joined their single mums’ group chat.

She continued by hoping that motherhood would bring some joy into Idemudia’s life so she would stop projecting her despair onto other people.

The actress also said that even though her colleague mocked her with death, she would not do the same.

In a reply to Victoria and other people who had called her out over her pregnancy announcement, Etinosa posted a video on her official Instagram page.

In the video, the expectant mum wore a sleeveless silver gown as she danced to the song her colleague, Victoria dedicated to her, and she made sure to use the part which addressed haters.

She captioned the video:

In other news about the actress, Legit.ng earlier reported that Etinosa Idemudia shared her two cents on feminism and equal rights.

In a post which she shared on her Instagram story, the actress said there was a need to stop gender advocacy and adopt human advocacy instead.