Paul Scoles has praised the impact of Bruno Fernandes despite Man United conceding twice against Leicester City in their 2-2 draw.

The Portuguese midfielder scored in the 79th minute and provided United’s first goal converted by Marcus Rashford in the first half.

The former Sporting Lisbon star has become one of the most important members of Ole Gunnar Solskjaer’s squad and Red Devils legend Scholes has attested to the claims. 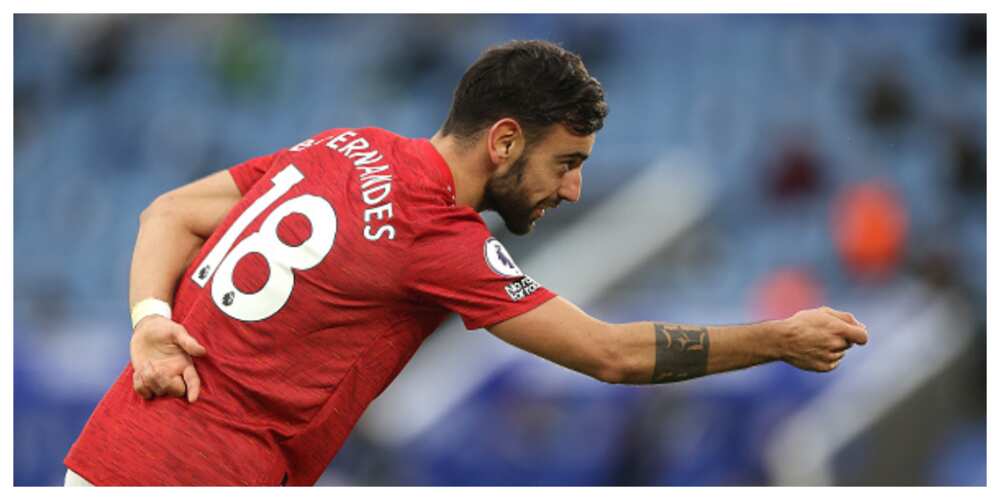 Scholes was quoted by Mirror:

“We knew he’d make a big difference to this team when he came in and he’s been sensational.

“As I said before he came, United really struggled to create a chance. They kept possession well but couldn’t create a chance, couldn’t score a goal. He’s totally transformed the team.”

Dropping points at the King Power Stadium meant that United threw away the opportunity to close the gap on League leaders and defending champions Liverpool.

It also meant that the Red Devils’ away winning run comes to an end as they failed to nail an 11th victory on the road which could have equalled a Premier League record..

Marcus Rashford and Bruno Fernandes scored for United while Harvey Barnes and an own goal from Axel Tuanzebe saw the Foxes come back twice in the game.

The contest between the second and third positions produced lots of chances but it was United who had the first clear chance through Rashford who had a glorious opportunity to head home, failed to hit the target.