– Davido who was with music colleague, Zlatan, showered the man with prayers

Nigerian singer, David Adeleke, better known as Davido, may be a billionaire’s son and superstar singer but he is also one who certainly appreciates a good gift especially when it comes from a friend.

The Jowo singer recently received a Lexus car gift from his friend. In a video trending online, the singer who is seen with Zlatan and several others, showed off his new ride. 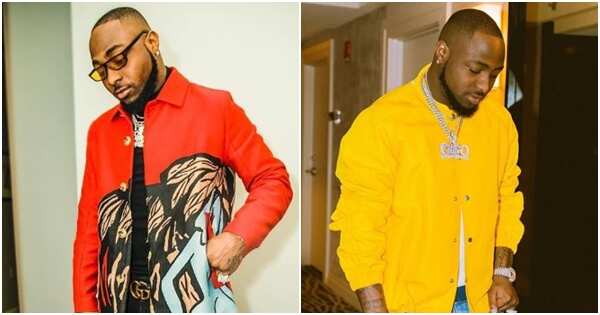 While showing off the ride, Davido noted that there are friends and there are brothers. He then proceeded to show off the interior of his gift car.

Afterwards, he prayed for his friend whom he to referred to as ‘Ochacho’.

Still on Davido, his fiancee Chioma recently took to her social media page to share what the year 2020 has taught her.

The mother of one told her fans and followers to learn to put themselves first. According to her, it doesn’t matter if it would hurt people.

Chioma stated that if the same people were in the shoes of her fans and followers, they would think about themselves first. She noted that is how life is.

Meanehile, Nigerian actor, Uche Maduagwu, was in the news again and this time, he called out the DMW boss for what you can tag the umpteenth time, over his engagement to fiancee, Chioma.

In a post he put up on Instagram, the controversial actor stated that Chioma was not an engagement ring ambassador or a feeding bottle but a priceless jewel who deserved to be treated better.