– The Abia governor explains why he would remain in the PDP

– The actual source behind Ikpeazu’s defection rumour is uncertain

Governor Okezie Ikpeazu of Abia state has described the reports that he is contemplating defecting from the Peoples Democratic Party (PDP) as untrue.

Vanguard reported that the governor on Friday, December 25, reaffirmed his loyalty to the PDP. He reportedly made the statement on a radio show. 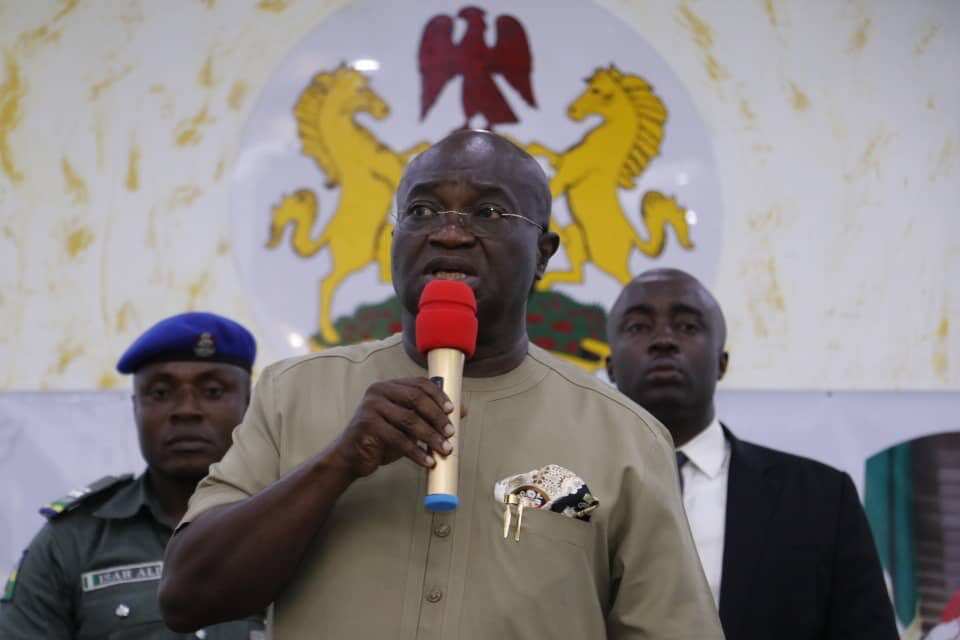 Ikpeazu said he has no reason to leave his party, argued that the PDP remains the best party for the people of Abia state.

“I do not see any reason why I should leave the PDP for any other political party. The music of politics as it plays differs from one State to another.

“Here in Abia, the people are comfortable with the PDP and I think the aspirations of Ndi Abia will be met and achieved under the platform of the PDP.”

He said he remains a strong member and a leader in the party. Ikpeazu insisted that the PDP flourishing political movement when compared to other political parties.

“I will rather be a conductor in a moving vehicle than be the driver of a stationary vehicle.”

Meanwhile, the All Progressives Congress (APC) has challenged Governor Nyesom Wike to mention the names of those he alleged were pressuring him to join the ruling party.

The challenge was made by John Akpanudoedehe, the secretary of the APC’s caretaker/Extra-Ordinary Convention Planning Committee (CECPC), The Nation reported.

In another news, Anselm Ojezua, a former factional chairman of the APC in Edo state, has defected to the Peoples Democratic Party (PDP).

The Sun reports that Ojezua who led some APC members to the PDP said he left the party due to loss of confidence in its national leadership.

The former APC chieftain also cited the APC leadership’s alleged disobedience to the party’s constitution as another reason for his defection.