– Mikel Arteta is currently under serious pressure to deliver at Arsenal

– Arteta also explained that Arsenal are fighting hard against relegation

Mikel Arteta who is the manager of Premier League giants Arsenal has stated emphatically that his wards are in battle to avoid relegation and has urged them to lift their game against Chelsea.

Arsenal have not been finding it easy this season in the Premier League and there have been calls from Arsenal fans for the club’s chiefs to dismiss Mikel Arteta.

Arteta was last year appointed as a replacement for Unai Emery who was axed due to poor performances at the Emirates stadium losing the Europa League final.

The Spaniard however started his career as Arsenal coach on a brighter note as he helped the Gunners to win the English FA Cup which gave them ticket for this term’s Europa League.

According to the report on UK Sun, Mikel Arteta accepted the fact that there is trouble for his team as he urged his men to lift their games.

“The next seven or eight days are going to be crucial to where we’re heading to in the Premier League. We have a crucial week, we have to stand up and we have to pick up points.”

And when asked if he and his players now accept they are in a relegation dogfight, Spaniard Arteta replied: “Yes, absolutely.” 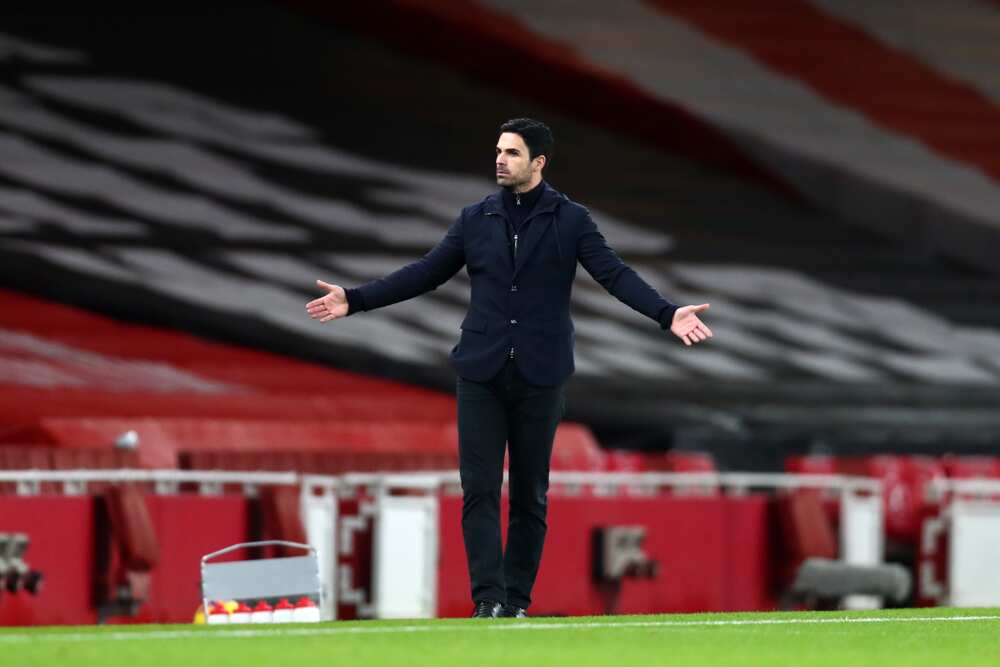 Mikel Arteta admits Arsenal are in relegation battle ahead of clash against Chelsea.
Photo by Clive Rose
Source: Getty Images

Earlier, Legit.ng had reported how Super Eagles of Nigeria and the Three-Lions of England are now in another battle this time around to get Arsenal young goalkeeper, Ovie Ejeheri, who has been impressive for the Gunners.

For the past years, England and Nigeria have been involved in battles over getting the allegiances of some players in which some chose the Super Eagles while others picked Three-Lions.

According to the report, the English FA are in a serious race for them not to lose goalkeeper Ovie Ejeheri to Nigeria or Uganda.

The 17-year-old was born in London to a Nigerian father and a Ugandan mother and has the right to choose any of these three nations to play for an international game.

The report added that Ejeheri has been at Arsenal since he was 5, but he is yet to sign a professional contract with the Gunners.