France international Olivier Giroud is now topping the list of Chelsea’s highest goalscorers for the 2020 after netting 17 goals so far with five days to end the year.

The year 2020 was badly affected by the outbreak of deadly COVID-19 in which all sporting activities were stopped in many parts of the world.

Premier League chiefs had to suspend the League campaign last season before it resumed after three months of no action.

According to the stats made available by Sun, Olivier Giroud who won the 2018 World Cup with France has scored 17 goals this year for the Stamford Bridge landlords.

Timo Werner is third after netting eight times since arriving at Stamford Bridge from RB Leipzig for £54 million.

See the table below

Meanwhile, Chelsea are currently occupying fifth position on the Premier League table with 25 points after 14 games played so far for Frank Lampard and his wards. 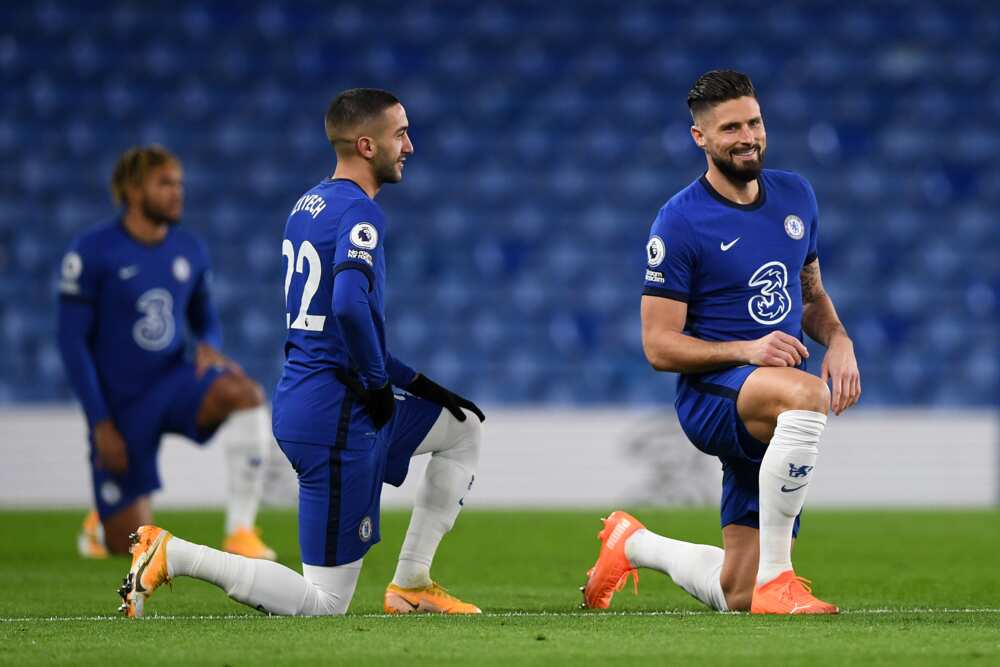 Earlier, Legit.ng had reported how Spanish La Liga giants Atletico Madrid are reportedly interested in the signing of Chelsea defender Marcos Alonso and are ready to move for him in the January 2021 transfer.

Marcos Alonso has not been having it rosy this term at Stamford Bridge under manager Frank Lampard who is giving Ben Chilwell more active games than the Spaniard.

So far this season, Marcos Alonso has played only three games for Chelsea in the Premier League and Atletico Madrid want to take advantage of his lack of active game to lure him to Spain.

According to the report, Atletico Madrid chiefs want Marcos Alonso on a loan move from Chelsea and they are ready to pay half of his weekly wages at Chelsea.