The National Identity Management Commission (NIMC) has disclosed that Nigerians who possess the national identity card have the option of renewing the card every five years.

Kayode Adegoke, head of the corporate communications in the NIMC made the disclosure in an interview with Vanguard. 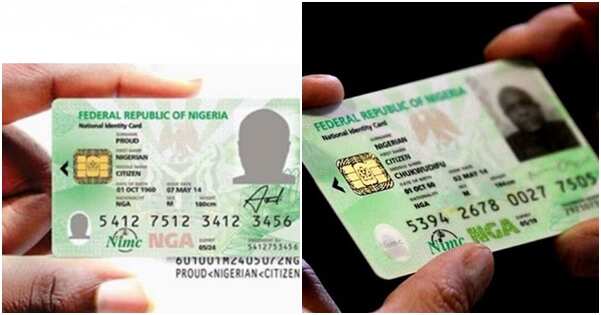 He said once the card expires after its five-year duration, citizens who want to renew can go to any NIMC centre to fill a card renewal form.

The spokesperson said when the card renewal form has been filled, the individual would be required to pay the sum of five thousand naira to renew the card.

Adegoke pointed out that the fees to renew the physical card is paid directly to the federal government’s account and not to any staff of the commission.

He said the physical card is just an added token, adding that it is not a problem if any citizen does have the card.

Adegoke explained that the major issue is when a Nigerian does not have the NIN, which he said would be issued during enrollment.

According to Adegoke, the steps involved in the physical renewal of the card includs:

4. Obtain a receipt as proof of payment

5. Present the receipt for modification, recapturing and documentation

6. Come to the centre to collect your renewed card within a space of one week

Meanwhile, following the directives given by the Nigerian Communications Commission (NCC) to the telecommunications operators in the country to block all SIM cards that are not registered with the National Identity Numbers (NIN), succour has come the way of Nigerian subscribers.

The Nation reports that the NCC had threatened that failure to do so would lead to people’s line being blocked or disconnected by December 31, 2020.

Legit.ng gathered that the steps to link the phone numbers with NIN are easy to undertake.

In another news, the federal government on Tuesday, December 22, announced the approved enrolment centres where Nigerians in Diaspora can register for the National Identification Number (NIN).

The government said it has approved 173 centres and 30 state government institutions to conduct enrolment for Nigerians staying in the country.