– Emmanuel Bako has been kidnapped by gunmen in Kaduna state

– The PFN chairman was abducted on Christmas day alongside his wife, Cindy

– According to multiple media sources, the Kaduna police command has confirmed the abduction

Apostle Emmanuel Egoh Bako, the Kaduna state chairman of the Pentecostal Fellowship of Nigeria (PFN), has been abducted.

The NPF cleric was abducted at his residence located at his Albarka Camp, Fadan Kagoma, near Kafanchan in Jema’a local government area.

According to credible media sources, Bako was abducted alongside his wife Cindy on Friday, December 25, which happened to be a Christmas day. 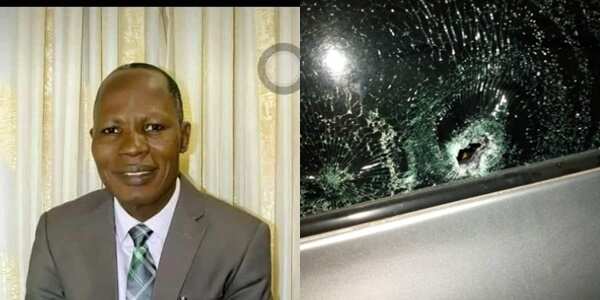 Spokesperson of the Kaduna police command, Mohammed Jalige, confirmed the incident but added that the gunmen have not been identified.

Jalige, however, stated that operatives of the police have been dispatched and assured that the situation is being monitored.

“We are aware of the unfortunate incident. We have deployed our men to rescue them and possibly arrest the kidnappers. We are on top of the situation.”

Also speaking on the incident, CAN chairman in Kaduna state John Hayab, said the gunmen invaded the residence of the cleric and “started shooting sporadically.”

Hayab called the security operatives to ensure the safe release of the Christian leader. He also lamented the spate of attack on religious leaders in the state.

Mohammed was said to have been killed by bandits on Thursday, December 24, and also kidnapped his three daughters, ThisDay reports.

“This is the third time that the bandits are attacking the man. They have been coming before but they couldn’t succeed because the man is very powerful. He was shot several times before he eventually died.”