Dayo Adeyeye, a former lawmaker and minister of state for work, has lifted the lids on the reason behind the establishment of South-West Agenda (SWAGA), an initiative launched for the presidential campaign of Bola Tinubu, former Lagos state governor, ahead of 2023.

Speaking with Saturday Sun, the former lawmaker said SWAGA was launched because of the belief in the capacity and the ability of “Asiwaju Bola Ahmed Tinubu to lead Nigeria at this present time.”

Legit.ng recalls that the All Progressives Congress (APC) national leader was given the nods to succeed President Muhammadu Buhari as his staunch supporters and loyalists met in Ibadan, Oyo state capital, on Tuesday, December 15, to launch the SWAGA presidential campaign movement. 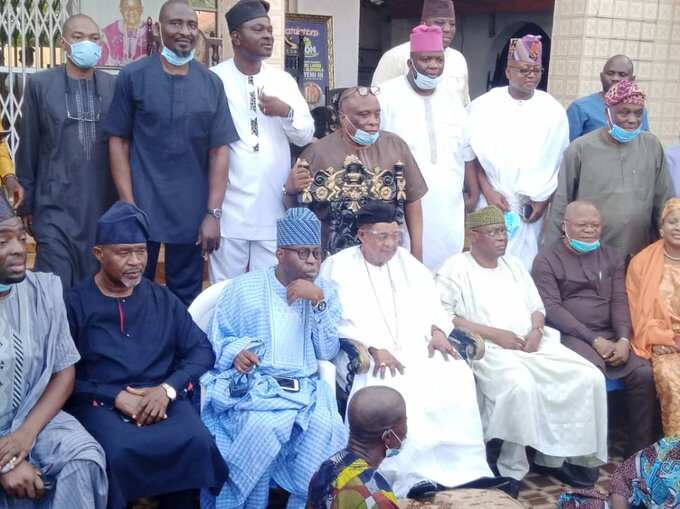 Dayo Adeyeye, ex-works minister, said SWAGA was launched because Nigeria is in need of a competent leader like Bola Tinubu.
Credit:@neyogad16
Source: Twitter

Although he is yet to make an official declaration, Tinubu is being rumoured to be eyeing the country’s most respected stool should his party zone the presidency ticket to the south.

Speaking on the SWAGA movement, Adeyeye said Nigeria is in dire need of a very dynamic, forward-looking and experienced leader in Tinubu.

“Nigeria is at a crossroads and we have looked and searched and discovered that Asiwaju Bola Ahmed Tinubu towers above every other politician in this country to offer the right leadership at this present time.

“This is why we are so much interested in the interest of Nigeria. It is not a selfish South West Agenda. It is actually in the national interest of Nigeria that we are making this effort to project him, to market him, and to sell him to other Nigerians.”

Meanwhile, Tinubu has been urged to drop the presidential ambition for 2023.